January 17, 2023 — ProSource, the largest audio, video, and integration group in the United States, celebrates Jessica Paskon, VP of Finance and Operations, as she was honored with the 2023 Women in Consumer Technology Legacy Award. 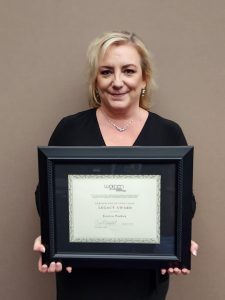 Paskon is the Vice President of Finance and Operations for ProSource. Paskon has been with ProSource for over 18 years, where her contributions have helped grow the organization from 13 to over 600 members. Through the ProSource annual charity events, she has been instrumental in raising over $550,000 for the Make-a-Wish Foundation, a charity she holds near and dear to her heart. She holds a B.A. from Northeastern Illinois University and was selected as one of Dealerscope’s 2018 Powerful Women in Consumer Technology.

“I am honored and proud to be named one of this year’s Women in CT Legacy Award Honorees” says Paskon. “I would like to thank everyone who has supported and encouraged me over the years, providing the path that has led me to receiving such a prestigious honor.  This is an award I will always cherish as a representation of my years and achievements as a woman in the CT industry.  I would also like to congratulate all my fellow honorees.  I am truly humbled to stand alongside such an amazing group of women.” 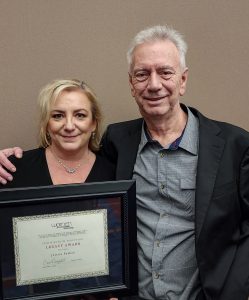 “The ProSource team would like to congratulate Jessica Paskon’s recognition as a Legacy Award Winner by the CTA,” says Jim Pearse, President of ProSource. “Jessica has been a foundational leader in helping ProSource grow to be the strongest group in the consumer electronics industry. We are all so happy to celebrate this great recognition.”

Jessica is in good company among other Legacy Award winners including:

ProSource is a cooperative, member-governed, not-for-profit group representing 600+ custom integrators and specialty retailers. With annual sales of more than $6 billion, ProSource is the largest specialty and consumer-electronics merchandising group in the United States, which allows it to negotiate stronger programs with manufacturers, help independent dealers stay relevant to consumers, and keep the specialty A/V channel competitive. For additional information go to www.prosourceinfo.com.